It was the first event for the “wingers”, which were included in the monthly Windsurf slalom series hosted by StFYC. The series is now open to windsurfers and wingers, a booming sport that has exploded in popularity over the past year. Winging combines foil boards developed for kitesurfing with portable inflatable wings that provide an agile and easy ride with less gear and plenty of speed.

The first event in a summer series of four attracted competitors young and old, beginners in water sports competition and veterans of all types.

“We had at least double the number of wing runners expected, and they all seemed to be having a good time there,” Corpuz-Lahne said. Conditions were typical of the San Francisco Bay waterfront in summer: 25 to 30 knots westerly wind. “From the water level, it was visually spectacular to watch. There is something about the wings that kites don’t, which is how close the pilot is to the wing.

Stefaans Viljoen won the evening, but the standings mixed it up over five races, including balls for Kai Mirel, son of windsurfing champion Al Mirel, young Opti sensation Henry Vare, and longtime boarder and l one of the organizers of the StFYC kite race on Thursday night. , Steve Bodner. 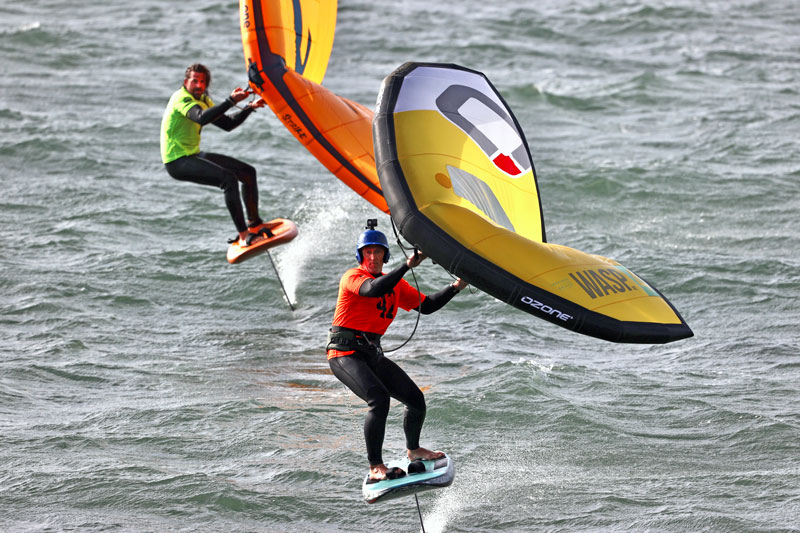 Stefaans Viljoen, in orange, and Billy Ackerman were 1 and 2 last Friday.

“What a fun event! Said PRO Ian McClelland, who had been race director for the monthly Friday windsurf slaloms for two years before the pandemic. “It’s incredible to be in the front row for the evolution of this type of race. On Friday we had a lot of high speed action, great wipeouts and tight races. We will be making some adjustments to the track before our next slalom night on July 16th.

Seth Besse, organizer of the event, said it was not clear if this was the first wing race organized by a yacht club – he is aware of a small slalom race at Maui and another in Italy – but this one drew a much larger crowd, which is likely to grow as the word spreads.

Continue to sail the Bay and around the world at Latitude 38.

BEMBRIDGE RESCUE BOAT IS PART OF MOST ...